My friend Javi (who will join this group eventually that lazy sack) is a masterful MTG player and deck-constructor. Hell, he's damn impressive nerd all around. One time he made a Black deck out of my cards, and it is pretty devestating despite the fact that I never really collected Black and thus don't have multiples of good cards for it. It has more creatures than most Black decks (again, my fault) but uses it's excessive Mana to deal absurd amounts of damage with them. 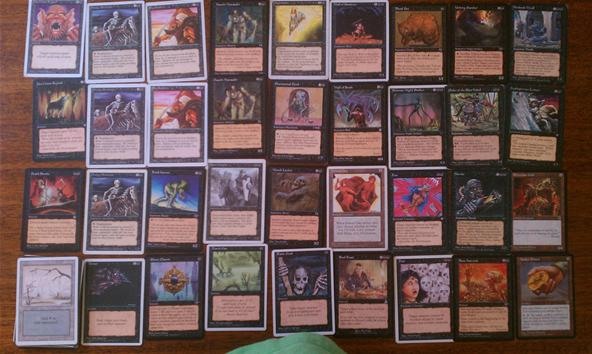 1x Order of the Ebon Hand

2x Howl From Beyond

There are problems, however. You may have noticed that there isn't a single card that can stop or destroy a spell of any kind. Blue decks particularly can rock it by making attacking difficult, but even if you opponent uses Propaganda or a simliar card to stop your attacking you probably have enough Mana to circumvent it. There are so many creatures to that even if opponents nerf a few with Pacifism or Gaseous Form you probably have more coming up on the next draw.

If you think you've got a deck that matches up, post it! Otherwise, bask in the majesty and work on finding a Nightmare for yourself if you don't already have one. 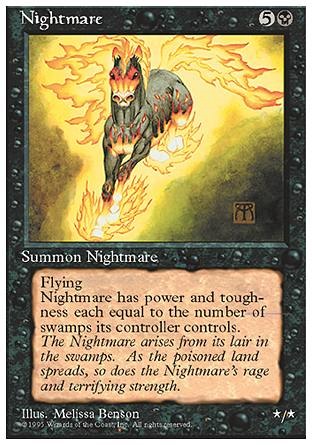